Temperature of cladding was high enough to partially melt fuel element
The US Nuclear Regulatory Commission will wait until 18 corrective actions are taken before recommending the restart of the 20-MW (thermal) research reactor at the National Institute of Standards and Technology’s NIST Center for Neutron Research (NCNR) in in Gaithersburg, Maryland.

Initial conclusions from an NRC special inspection released on March 16 confirm that while public health and safety was maintained during and after the event, and doses to reactor facility staff were well below regulatory limits, a safety limit was violated when the temperature of the fuel cladding of a single fuel element in the reactor reached a temperature high enough to partially melt the element.

The NRC found seven apparent violations that led to a February 2021 malfunction, with five that caused the fuel temperature to exceed the safety limit and damage a fuel element. According to documents submitted by the NIST to the NRC, the violations included inadequate operator training and incomplete written procedures.

On 3 February 2021, the NCNR reactor was being restarted after a refuelling outage. As the reactor approached full power, several radiation monitors, including the confinement exhaust stack radiation monitor, showed a sudden increase, indicating a release of fission products and a probable fuel cladding failure. The reactor automatically scrammed, and staff declared an alert.

Investigations showed that one fuel element had not been properly latched in place and was not in normal grid position in the reactor core. This prevented adequate coolant flow to the fuel element, and a fuel cladding failure occurred in a matter of minutes.

No reactor structures, apart from the single fuel element, were damaged, and the reactor has remained in a stable shutdown condition since the incident.

The NRC launched an inspection on 9 February 2021, and issued an interim inspection report in April 2021. The NRC inspectors reviewed NIST’s records of the event, the facility staff’s response, and NIST’s root cause analysis, proposed corrective actions, and related documentation. They also interviewed NIST staff and management.

The NIST Center for Neutron Research accounts for nearly half of all US neutron research. Its reactor produces neutrons that are used to study a wide variety of materials and phenomena. 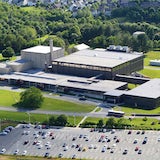 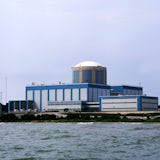 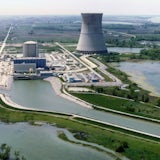