GNF said the lead test assemblies used the ARMOR-coated zirconium cladding and three varieties of its IronClad technology. They are the first fuelled ferritic steel-based cladding assemblies to be installed in a commercial reactor.

According to GNF, the IronClad and ARMOR technologies are designed to provide oxidation resistance and superior material behaviour over a range of conditions compared to existing options. The ARMOR-coated zirconium cladding also provides improved protection of fuel rods against debris fretting.

In 2018, GNF loaded unfuelled IronClad and fuelled ARMOR test rods at the two-unit Hatch nuclear power station in Georgia. The company said at the time that the loading was the first step of a process which would involve further testing at the Clinton plant.

General Electric, which leads the GNF joint venture with Hitachi, was awarded in 2018 a $33.7m project from the US Department of Energy to continue development of advanced nuclear fuel rod technologies that are more robust and have improved performance during normal and accident conditions, the company said yesterday.

The goal over the two-and-a-half-year project is to develop and demonstrate new fuel rods that could be commercially deployed and set new standards in nuclear plant safety. 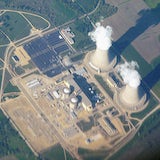 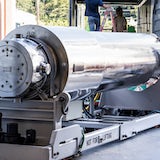 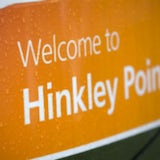