Country considering construction of first reactor
An extraction plant that began pilot operation last year has produced 20 kg of yellowcake from about 160 tonnes of uranium ore with large-scale production planned for the near future, the Jordanian Uranium Mining Company said, according to press reports.

Mohammad Shunnaq, general manager of the state-owned Jumco, said the factory would produce “tens of kilogrammes” of yellowcake from processing hundreds of tonnes of ore over the next few months.

He said Jordan had large uranium reserves and that its central area alone, about 80 km south of the capital Amman, was home to around 42,000 tonnes of uranium oxide. According to the Jordan Atomic Energy Commission, Jordan has estimated conventional uranium reserves of 140,000 tonnes.

Asked whether Jordan intended to produce large quantities of uranium for commercial purposes, Mr Shunnaq said: “Yes, that is possible. We will first embark on the large-scale treatment of thousands of tons of uranium ore, conduct feasibility studies, and then evaluate the commercial aspect of such operations.”

Mr Shunnaq said Jordan will send the yellowcake it produces abroad for enrichment and then use it to fuel its nuclear reactors.

Jordan does not have any commercial nuclear plants, but said last year it had completed the geological work and determined the level of uranium oxide reserves in the country’s central regions as it pushes ahead with a three-point plan for the development of the nuclear energy sector.

Khaled Toukan, chairman of the Jordan Atomic Energy Commission told state-controlled Jordan News Agency (Petra) that uranium exploration is one of the three projects of the country’s nuclear programme. The others are the Jordan nuclear research and training reactor, which entered service in 2016, and a nuclear power plant project for electricity production and seawater desalination.

The research reactor is a 5MW (th) multipurpose plant on the campus of Jordan University of Science and Technology in Ar Ramtha city in northern Jordan.

Arab News reported that in 2015, Jordan had signed an agreement with Russia to build a $10 bn nuclear power station with a capacity of about 2,000 MW. But in May 2018, Jordan announced a plan for a small modular nuclear reactor with Russia, replacing the original $10bn deal.

In 2018 state news agency Petra quoted Mr Toukan as saying Jordan had not abandoned a project to build its first commercial nuclear power plant, but had pulled out of a possible deal with Russia to build the facility because of the high cost. 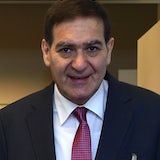 Jordan / Kingdom Pushes Ahead With Three-Point Plan For Nuclear Industry 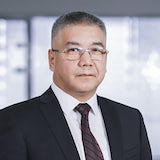 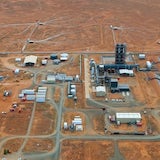