New generation nuclear plant could be in operation by 2028
A retiring coal plant site in Kemmerer in the US state of Wyoming has been chosen as the preferred location for a new generation nuclear power reactor as part of a project involving companies run by billionaires Bill Gates and Warren Buffett.

US-based reactor developer TerraPower said it had chosen the Kemmerer location, near the Naughton power plant about 100 km northeast of Salt Lake City, following an extensive evaluation process and meetings with community members and leaders. It said the new plant could be in operation by 2028.

The project team evaluated a variety of factors when selecting the site of the Naughton power plant, where the remaining two coal units are scheduled to retire in 2025. Factors included community support, the physical characteristics of the site, the ability of the site to obtain a licence from the Nuclear Regulatory Commission, access to existing infrastructure, and the needs of the grid. Kemmerer, a city with a population of about 2,600, was one of four sites in the running.

According to project estimates, approximately 2,000 workers will be needed for construction at the project’s peak. Once the plant is operational, 250 people will support day-to-day activities, including plant security.

They are working to develop plans for a first unit with Rocky Mountain Power, a division of Wyoming’s largest utility PacifiCorp, owned by Warren Buffett’s Berkshire Hathaway.

The planned demonstration project at Kemmerer will be a fully functioning power plant intended to validate the design, construction and operational features of the Natrium technology.

The Natrium plant features a 345 MW sodium-cooled fast reactor with a molten salt-based energy storage system. The storage technology can boost the system’s output to 500 MW of power for more than five and a half hours when needed, which is equivalent to the energy required to power around 400,000 homes. TerraPower said the energy storage capability allows the plant to integrate seamlessly with renewable resources.

Its simplified design and use of advanced construction methods will make it faster and more affordable to build than conventional plants, and its constant high operating temperature can be used to generate carbon-free heat or electricity to drive other energy-intensive manufacturing processes.

Natrium will be the first commercial reactor ever in the state of Wyoming and one of the first advanced reactors to operate in the US.

In 2019, PacifiCorp announced it would reduce its coal fleet by two-thirds by 2030 and some local economists projected the state could lose around 1,600 coal jobs over the next decade. By demonstrating the Natrium reactor at the retiring Naughton coal plant, TerraPower can take advantage of the existing energy infrastructure that is in place – such as cooling water intakes and electrical distribution – also the workforce, the DOE said.

Gary Hoogeveen, president and chief executive officer of Rocky Mountain Power, said the project is an opportunity to explore what could be the next generation of clean, reliable, affordable energy production while providing a path to transition for Wyoming’s energy economy, communities and employees.

The DOE has a seven-year, $2bn agreement to fund the TerraPower project, with the company matching this investment dollar for dollar. The provision of federal funding means the project will be a commercially-owned generating asset. 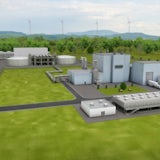 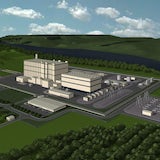 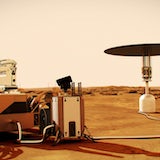