Purchase could give access to additional 6.9 million pounds of U308
Canadian uranium company Cameco and Orano group subsidiary Orano Canada have reached an agreement with Idemitsu Canada Resources to acquire its share in the world’s highest-grade uranium mine, Cigar Lake, in northern Saskatchewan, Canada.

Following the agreement, Cameco’s interest in the Cigar Lake Joint Venture company, which owns Cigar Lake, will increase by just over 4.5 percentage points to around 54.5%. Orano’s stake will increase by 3.3 percentage points to just over 40%. The remaining shareholder, Japan’s Tepco Resources, a Canada-based subsidiary of Tokyo Electric Power Company, will retain its 5% interest.

Cameco will pay approximately CAD107m ($82m, €78m) to acquire the stake in Cigar Lake from Idemitsu. This may be adjusted at the closing of the transaction, which is expected in the second quarter of 2022.

According to forecasts, production at Cigar Lake will reach 15 million pounds of U3O8 in 2022, which would make it the largest uranium producer in the world that year.

Cameco’s plan is to reduce annual production at Cigar Lake to 13.5 million pounds of U3O8 from 2024, which is 25% below the licensed capacity. The company said adjusting production to uranium market conditions should give it time to “assess the feasibility of extending the life of the mine”.

In June 2021 the Canadian Nuclear Safety Commission renewed the mining licence for Cigar Lake. The new licence is valid until 30 June 2031.

Cameco is also expanding its operations in other areas. In February 2022 it announced plans to restart uranium production at its McArthur River uranium mine and Key Lake uranium mill this year. 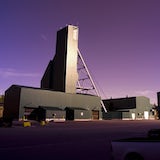 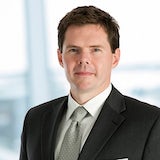 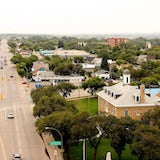