SaskPower will not make construction decision until 2029
SaskPower, a Canada-based utility, has chosen the BWRX-300 small modular reactor design developed by GE Hitachi Nuclear Energy for potential deployment in its energy system in the 2030s.

SaskPower, which owns and operates about 5.2 GW of installed generation capacity in Saskatchewan, said a decision on whether to build an SMR will not be taken earlier than in 2029.

The company said several years of complex project development, licencing and regulatory work will be required to maintain nuclear power from SMRs as an option by the mid-2030s

SaskPower said it is at present examining potential regions that could host an SMR, and is expected to have the results by the end of 2022.

In December 2021, Ontario Power Generation (OPG) chose GEH as its technology partner on a new SMR, with the first grid-scale plant scheduled to be completed by 2028 at the Darlington nuclear station site.

In March 2022, the governments of Ontario, Saskatchewan, New Brunswick and Alberta released a plan for the deployment of SMRs. The plan identifies priority areas for SMR deployment including a grid-scale SMR project at Darlington and subsequent units in Saskatchewan.

According to SaskPower, OPG’s decision to choose GE Hitachi’s BWRX-300 design was part of its own assessment of the available options as it had been looking at the potential for “a pan-Canadian, fleet-based” deployment of nuclear power from SMRs since 2019.

The company said a fleet-based approach has many advantages for Saskatchewan, including lower regulatory, construction and operating costs, and eliminates risks related to a first-of-a-kind project.

The BWRX-300 is a 300-MW water-cooled, natural circulation SMR with passive safety systems and based on an existing boiling water reactor design – the ESBWR – that is licensed in the US. It also uses an existing, licensed fuel design.

GEH has said the reactor will require significantly less capital cost per MW when compared to other water-cooled SMR designs or existing large nuclear reactor designs. 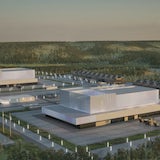 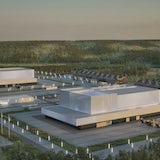 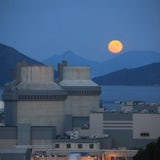