Centrus Energy has signed a three-year contract with the US Department of Energy to deploy a cascade of centrifuges to demonstrate production of high-assay, low-enriched uranium (Haleu) fuel for advanced reactors.

The programme has been under way since Centrus, based in the US state of Maryland, and the DOE signed a preliminary agreement on 31 May 2019, which allowed work to begin while the full contract was still being finalised. “Our partnership with the U.S. DOE… will help America lead the transition to the next generation of advanced reactors,” said Daniel Poneman, president and chief executive officer of Centrus.

Work under the contract will include licensing, constructing, assembling and operating AC100M centrifuge machines and related infrastructure in a cascade formation to produce Haleu for the demonstration programme at the American Centrifuge Plant in Piketon, Ohio.

Haleu is a component for advanced nuclear reactor fuel that is not commercially available today and may be required for a number of advanced reactor designs under development in both the commercial and government sectors.

For example, the higher concentration of uranium means that fuel assemblies and reactors can be smaller and reactors will require less frequent refueling. Reactors can also achieve higher “burnup” rates, meaning a smaller volume of fuel will be required overall and less waste will be produced.

The lack of a US source of Haleu is widely seen as an obstacle to US leadership in the global market for advanced reactors. In a 2017 survey of leading US advanced reactor companies, 67% of companies responded that an assured supply of Haleu was either “urgent” or “important” to their company. The survey also showed that “the development of a US supplier” was the most frequently cited concern with respect to Haleu.

US Ready To Invest $115 Million In Haleu Fuel Pilot Programme 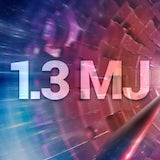 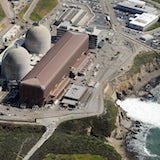