Haleu Fuel / Centrus Says US Production Could Begin ‘By Next Year’

First facility in country ‘on track’ despite pandemic
Construction of the first facility in the US for the production of high-assay, low-enriched uranium (Haleu) fuel is on track with the first fuel expected to be produced by next year, Centrus Energy Corporation said.

Centrus president and chief executive officer Daniel Poneman said the facility, in Piketon, Ohio, is on schedule “despite the impact of the [Covid-19] pandemic and the extraordinary steps we have taken to protect our workforce – including limiting the number of people who can be on the construction site at any one time”.

He said the first-of-a-kind facility can play a critical role in meeting both government and commercial requirements for Haleu, powering the country’s nuclear leadership as the world turns to a new generation of advanced reactors and advanced nuclear fuels.

This month Centrus completed assembly of all AC100M gas centrifuges. The centrifuges will undergo final preparations prior to being installed into the production cascade.

Design and engineering work on the non-centrifuge or “balance of plant” systems is near completion and system construction is well under way. Auxiliary and support systems necessary for operation of the cascade are being installed.

Under a 2019 contract with the US Department of Energy’s Office of Nuclear Energy, Centrus is licensing and constructing a cascade of 16 AC100M centrifuges – a US technology – to demonstrate production of Haleu. The DOE said the objective is to demonstrate a domestic technology that could be used in any type of advanced reactors, including defence reactors. The three year, $115m, cost-shared contract runs until mid-2022.

Haleu is an advanced nuclear fuel material that is not commercially available in the US today, but may be required in the future to fuel both existing and next generation reactors. Nine out of the 10 reactor designs selected by the DOE for its advanced reactor demonstration programme are expected to operate on Haleu.

Haleu, which is enriched so that the concentration of the U-235 isotope is higher than the 4-5% level typically used in existing reactors but lower than 20%, offers numerous advantages in reactor performance and a lower volume of waste produced. 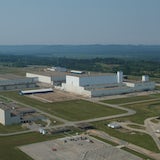 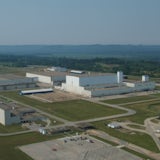 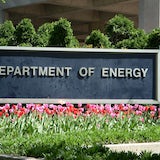