New reactor could be operational in 2036
Czech state power company ČEZ has launched a tender process to choose a supplier for a new nuclear power unit at the existing Dukovany nuclear site in the southeast of the country.

Construction of the new unit should begin in 2029 and be completed by 2036. Industry minister Jozef Síkela said it would be the biggest investment in the modern history of the Czech Republic. The project could cost around €6 bn.

Three companies are in the running for the contract, having passed a security appraisal: France’s EDF, South Korea’s Korea Hydro & Nuclear Power and the US company Westinghouse.

Chinese and Russian state companies were excluded from entering the tender process due to security concerns.

“We want to make another step for the Czech Republic to become energy self-sufficient,” Mr Síkela said. He said more such projects will follow but did not disclose details.

ČEZ said the bidders are scheduled to submit their initial bids by the end of November. They will then have 20 months to prepare their final bids. After that, the bids will be evaluated by ČEZ and an evaluation report submitted for state approval. The winning bid will be finalised in 2024.

The new plant at Dukovany will be built next to the existing nuclear station, which has four VVER units that began commercial operation in the 1980s.

ČEZ has said it is planning to build one Generation III+ reactor at the Dukovany site, with a maximum installed capacity of 1,200 MW. However, the company filed for permission to build up to two new units.

In 2014, ČEZ cancelled the tender for construction of two new units at the Temelín nuclear station after it failed to get state guarantees for the project.

The Czech Republic has six commercially operational reactor units that provide about 37% of its electricity generation. In addition to the four units at Dukovany, there are two VVER-1000 units at Temelín.

In a report last year on the Czech Republic’s energy policies, the International Energy Agency called for a robust tendering process for planned new reactors at Dukovany.

The Paris-based agency said the tendering process for new-build must have “clear technological and economic selection criteria” while ensuring the essential security interests of the state. 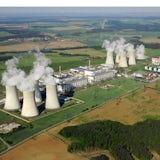 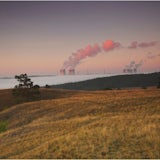 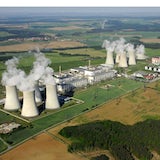