‘No casualties or destruction’ at location of 1986 accident, IAEA reports
The site of the Chernobyl nuclear power plant close to Ukraine’s border with Belarus has been captured by Russian troops, according to an advisor to the Ukrainian president’s office quoted by Reuters.

The International Atomic Energy Agency said in a statement that Ukraine had informed the agency that “unidentified armed forces” had taken control of all facilities of the state-owned Chernobyl NPP enterprise, located within the exclusion zone. The facilities include the shut-down Units 1, 2, and 3, the destroyed Unit 4 and a two recently constructed spent nuclear fuel storage facilities.

The IAEA said there had been no casualties or destruction at the Chernobyl site. The agency’s director-general Rafael Grossi said it is of vital importance that the safe and secure operations of nuclear facilities in the exclusion zone should not be affected or disrupted.

The regulator said its analysis attributed those readings to heavy military machinery movement in the area and subsequent disturbance of the radioactive residue, or dust, on the ground.

The IAEA has not commented on the readings, but said it is closely monitoring developments in Ukraine with a special focus on the safety and security of its nuclear power plants and other nuclear-related facilities.

Media speculation has suggested that Russian forces targeted Chernobyl because it is on the shortest route from Belarus to Kiev. Russian forces have used Belarus as a starting point for their advance into Ukraine,

Juliette Kayyem, Belfer Lecturer in International Security at the John F. Kennedy School of Government at Harvard and a member of the Council on Foreign Relations and the Pacific Council on International Policy, said on social media: “The facility is not the goal”. 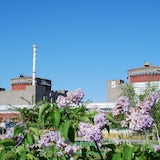 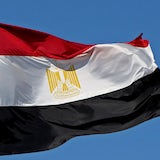