Nearby station has two Westinghouse-supplied AP-1000 reactor units
Haiyang, in China’s eastern Shandong Province, has become the first city in the country to have its district heating system powered by nuclear energy, according to the China Nuclear Energy Association.

Two Westinghouse-supplied AP-1000 nuclear reactor units have been in commercial operation at the nearby Haiyang nuclear power station since 2018 and 2019.

According to CNEA, the cogeneration project at Haiyang began in 2019 and was gradually expanded by the construction of additional heat exchange station to ultimately cover the district heating system of the entire city.

Cogeneration from nuclear power means heat generated in a nuclear plant while generating electricity – heat that would normally be lost – can be used to heat households or industrial processes.

High-pressure steam from the nuclear reactor system is brought to heat exchange facilities and onto the district heating system making use only of high temperatures, but without the transfer of any water.

Nuclear reactors produce heat on a vast scale. A typical nuclear power station produces around 3.4 GW of heat – equivalent to about 100,000 domestic gas boilers – which is used to generate around 1.2 GW of electricity. Currently, around 65% of the energy is lost in the conversion as waste heat. 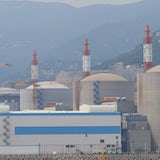 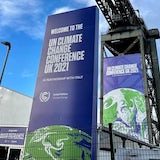 Cop26 / Leaders Welcome Unexpected Emissions Agreement Between US And China 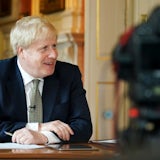