Duke Energy said it can have the nuclear segment of the decommissioning done by 2027 at a cost that has been locked in at $540m.

Crystal River-3, an 860-MW pressurised water reactor unit, began commercial operation in 1968 and was permanently shut down in 2013 after Duke Energy decided that repairing it carried too many risks.

The decision came after a comprehensive engineering analysis of the reactor’s damaged containment structure.

The reactor was shut in September 2009 for refuelling and replacement of its steam generators when a delamination, or crack, occurred in the outer layer of the containment building’s concrete wall. The process of repairing the damage and restoring the unit to service resulted in additional delaminations in other sections of the containment structure in 2011.

Progress Energy, which was acquired by Duke in 2012, initially planned to repair the unit, but Duke later said it would conduct its own review. A report completed in late 2012 confirmed that repairing the plant was a viable option but that the nature and potential scope of repairs brought increased risks that could raise the cost dramatically and extend the schedule. 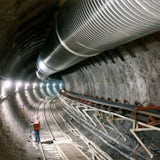 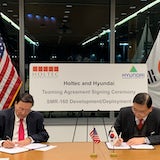 US / Holtec And Hyundai To Cooperate On Design Of SMR-160