China / Construction Begins Of Two Hualong One Reactors At Changjiang

China has begun construction of two new reactor units at the Changjiang nuclear station in the island province of Hainan off the country’s southeast coast, state media reported on Monday following a signing ceremony.

The China Nuclear Energy Association also confirmed the news, saying each unit will take around 60 months to complete.

Other press reports said the total investment for the two new units will reach 39.45 billion yuan ($5.64bn), and they are scheduled to begin commercial operation in 2025 and 2026.

There are already two units in commercial operation at Changjiang. The new units will be Changjiang-3 and -4.

Changjiang-1 and -2 are both CNP600 units developed by China National Nuclear Corporation and have a net capacity of 601 MW. They began commercial operation in 2015 and 2016.

According to the International Atomic Energy Agency, China has 10 commercial nuclear units under construction, not including the new Changjiang units, and 48 in operation.

China has ambitious nuclear plans with an official target of 58 GW of installed nuclear capacity by 2020, up from around 36 GW today.

According to Shanghai-based energy consultancy Nicobar, China’s goal is to have 110 nuclear units in commercial operation by 2030, but this target is likely to be adjusted.

A recent forecast by the China Electricity Council said the country will fall short of its nuclear power generation capacity target for 2020. 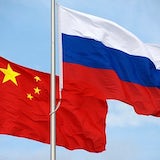 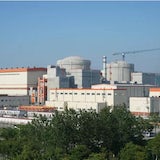 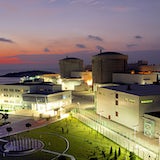