India / Construction Of Kakrapar-4 ‘Running More Than A Year Late’

Sister unit online, but not yet at full capacity
Construction of Nuclear Power Corp of India Ltd’s (NPCIL) Kakrapar-4 nuclear power plant, scheduled to start commercial generation this year, has not been completed and is running more than a year late, a government memo showed, according to Reuters.

“The Unit #4 is under construction and would reach completion by March, 2024,” a power ministry memo dated 10 May seen by Reuters quoted Bhuwan Chandra Pathak, chairman of state-run NPCIL, as saying.

Reuters also said Kakrapar-3 will reach full capacity in October or November 2022 as “design validation was in progress” and due to “safety issues”.

Kakrapar-3 was connected to the grid in In January 2021. It is a first-of-its-kind indigenous 630 MW net (700 MW gross) pressurised heavy water reactor unit designed by Indian scientists and engineers.

There are two identical PHWRs under construction at the Kakrapar site, in Gujarat state, western India. Construction of both Kakrapar-3 and Kakrapar-4 began in November 2010.

India, which relies on coal for about 48% of its energy generation, has 23 nuclear power plants in commercial operation and six under construction – one at Kakrapar, two at Kudankulam, two at Rajasthan and a prototype fast breeder reactor at the Madras nuclear site. They provide about 3.3% of the country’s electricity generation.

The government has said India’s nuclear capacity is expected to reach 22,480 MW by 2031, up from today’s figure of about 6,885 MW (net) or 7,480 (gross). The government did not say if its projected 22,480 MW figure was net or gross, but either way it represents a significant threefold increase.

In March, media reports in India said the first pour of concrete for two Generation III 700 MW nuclear power plants at Kaiga in India is scheduled in 2023, marking the start of a major project to build a fleet of 10 units over the next three years.

In December 2021, Indian media reported that the government had given in principle approval for plans to build six France-supplied Generation III EPR nuclear power units at the Jaitapur site in the Maharashtra region of western India. 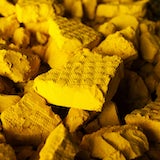 India / Government Says It Has Imported Uranium From Kazakhstan, Canada And Russia 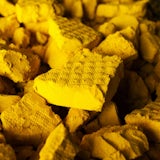 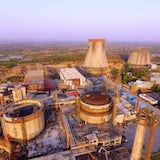