The newly formed Dutch governing coalition has decided to include the construction of two new nuclear power units in the country as part of future energy and climate policies, according to the official document (Dutch only).

The agreement said nuclear power can complement generation from renewable energy sources including solar, wind, and geothermal, and makes the Netherlands less dependent on gas imports.

The Netherlands has one commercial reactor unit in operation at Borssele, in the southwest province of Zeeland, near the Belgian border. It is a 482-MW Siemens-built pressurised water reactor unit which came online in 1973.

The coalition document said the Borssele plant will remain in long-term operation with due respect of nuclear safety and the government will work to facilitate the deployment of two new nuclear power stations in the country.

Four Dutch parties, including prime minister’s Mark Rutte’s liberal VVD, and three centrist parties – D66, Christian-Democrats CDA and the Christian Union – reached a deal to form a government earlier this week. Talks had taken about nine months since a general election in March 2021.

The parties said the Netherlands wants to be “a frontrunner in Europe in combating global warming” and set a climate neutrality goal for 2050 at the latest, with an ambitious target of 60% reduction of CO2 emissions by 2030 compared to 1990 levels.

Overall, the country is planning to spend about €35bn over the next decade on its energy transformation policies, according to the details of the coalition agreement.

Nuclear power was put back on the political agenda in the Netherlands in 2020, when MPs passed a motion calling on the government to “look seriously” at the business case for building new nuclear power stations.

Media reports in November said VVD and the Christian Democrats were more in favour of nuclear power wanting to build even more plants, with the hope to get a compromise deal with D66 and the Christian Union, who had been more sceptical about nuclear.

Last year, the operator of Borssele said the government should consider keeping the plant open for longer than planned and building an additional two units of up to 1,500 MW each.

In 2020, Borssele produced 3.3% of the Netherlands’ electricity, according to the International Atomic Energy Agency. Government data shows that 60% of the country’s electricity in 2020 came from gas-fired generation, while solar, wind contributed 6% and 13%. Coal was still present with a 7% share. 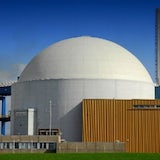 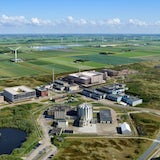 Netherlands / Government Expected To Decide On Pallas Financing In Q1 Of 2022, Says NRG 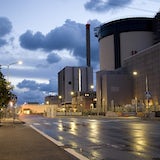