24 Feb (NucNet): A decree adopted by Spain’s Council of Ministers, or cabinet, will allow nuclear power plants which have shut down for reasons not related to safety to restart and could pave the way for the the Santa Maria de Garoña nuclear plant to resume operation.

The single-unit Santa Maria de Garoña plant was shut down by operator Nuclenor, a joint venture between Iberdrola and Endesa, in July 2013 for economic reasons.

The decree will allow nuclear operators to apply for renewal of a plant’s operation licence within one year of its shutdown. This makes it possible for Nuclenor to submit an application for Garoña’s restart, if submitted before July 2014.

Nuclenor said in a statement the ruling is “very positive” and that management will study the new conditions in the revised law for applying for renewal.

Nuclenor added it had retained all of the plant’s workers and had done work that ensured Garoña could return to full operation.

“The decree paves the way for Spanish nuclear reactors which cease their activities for reasons unrelated to safety to have the option to continue their operation within a defined legal framework,” industry group Foro Nuclear said in a statement.

Santa Maria de Garoña was officially shut down on 6 July 2013, with Nuclenor saying the closure was due solely to a retroactive tax on energy production and spent nuclear fuel. Nuclenor said the measures could have forced it to the point of bankruptcy. 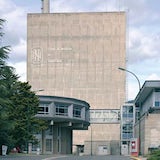