Mr Grossi told a think-tank event in Washington that nuclear is growing, referring both to established nuclear power countries such as China, India and Russia and newcomer nations like Belarus, where two Russian VVER-1200 units are under construction and the United Arab Emirates, where four nuclear reactors supplied by South Korea are nearing completion.

Partly as a result of this atomic energy expansion and growing use of nuclear techniques in other areas, the amount of nuclear material in the world was constantly increasing, underlining the need for strengthened international efforts on nuclear safety and security, Mr Grossi said.

“You can’t be in this business without paying attention to nuclear security,” he said. “We need to be bolder in our efforts in this area.” Highlighting the IAEA’s key role in international efforts to prevent nuclear terrorism, he said the agency is hosting next week a conference on nuclear security in Vienna, with more than 50 participants at ministerial level expected.

Turning to other areas of the IAEA’s activities, Mr Grossi said many of its 171 member states benefited from what it has to offer on cancer care, water management, food security and much else. It was a “scandal”, he added, that people in some 28 countries in Africa did not have access to radiotherapy to treat cancer. “The IAEA can do a lot in this respect,” Mr Grossi said.

Mr Grossi’s visit to Washington was his first to the country since taking office two months ago. On Tuesday, he met with secretary of state Michael Pompeo, national security advisor Robert O’Brien and other senior US government officials 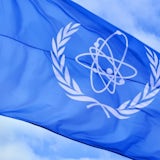 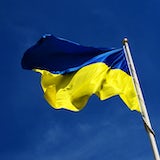