Facility a ‘critical tool’ for developing technologies
The US Department of Energy has chosen a design to build a multibillion-dollar test nuclear reactor at the Idaho National Laboratory that could help develop fuels and technologies for advanced nuclear reactors.

The Versatile Test Reactor, or VTR, was proposed in 2018 by the Trump administration, and if Congress provides funding, would be the first fast nuclear test reactor to operate in the US in nearly three decades.

In May the DOE published a final environmental impact statement (EIS) for the VTR, a 300-MW sodium-cooled, fast-neutron reactor will be the first new test reactor to be built in the US in decades.

At the time, the DOE said it had chosen INL as the preferred site but would make a final decision within months. An alternative site in the final environmental impact statement was Oak Ridge National Laboratory in Tennessee.

The DOE has now issued a record of decision for the EIS, formally documenting its decision to build the VTR design at INL. The record of decision also includes the establishment of facilities at the same site for the post-irradiation examination of test products and management of spent VTR driver fuel.

The VTR will provide a source of fast neutrons for testing and evaluating nuclear fuels, materials, sensors, and instrumentation to support the development of advanced reactor technologies. Such facilities are available in only a few locations worldwide, and the US has not operated one in more than 20 years.

It will incorporate technologies adapted from previous sodium-cooled fast reactors. The DOE had a fast reactor, the Experimental Breeder Reactor II, operating in eastern Idaho until it was shut down in 1994 as the nation turned away from nuclear power.

“The VTR will provide US researchers from industry, academia, and our national laboratories with a critical tool for developing transformational technologies that will expand nuclear energy's contribution to abundant, carbon-free energy,” assistant secretary for nuclear energy Kathryn Huff said. 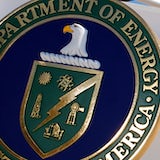 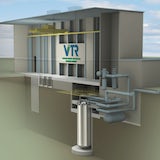 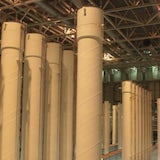