The Times newspaper reported that the French state-controlled energy company and nuclear operator, which consulted last year on its plans for “second of a kind” UK nuclear station Sizewell C in Suffolk, believes that work already carried out for the construction of two EPR units Hinkley Point C could be replicated for Sizewell, cutting £2bn in pre-construction costs.

Further billions could be saved by using contractors and equipment which have already gone through the approvals process necessary to work on a nuclear site, added the report.

“EDF believes that a key selling point for Sizewell is that, as the second of a kind in the UK, it can take advantage of the work done for Hinkley Point to slash the construction bill by 20% to 25%,” The Times reported.

In July 2017 EDF revealed costs for Hinkley Point C had risen by £1.5bn to reach £19.6bn, while delays in delivering its reactors could add millions more. The announcement came weeks after public spending watchdog the National Audit Office (NAO) said Hinkley was “risky and expensive”.

Sizewell C would be located north of its sister plant Sizewell B on the Suffolk coast. EDF estimates the two Sizewell C units would take 10 to 12 years to build once it has planning permission, which it will apply for after a third consultation. Feedback from the second consultation, which finished in February 2017, is still being analysed.

Former EDF Energy chief executive Vincent de Rivaz said in November 2017 that company would have to agree a significantly lower strike price for the energy produced by Sizewell C compared with the deal already secured for Hinkley Point C.

An EDF executive told a conference in Brussels recently that the company is aiming to reduce the cost of its future EPR projects by 30%, based on lessons learned from the delayed construction of the Flamanville-3 project in France and the Olkiluoto-3 project in Finland. 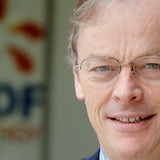