Problems are close to welds that form part of safety injection system circuit
French nuclear operator EDF has found faults on pipes in a safety system at its Civaux nuclear power station and has shut down the Chooz nuclear station because it uses the same kind of reactors.

EDF said that during preventive maintenance checks on the primary circuit of the Civaux-1 nuclear plant, in the Vienne department of western France, faults were detected close to the welds on the pipes of the safety injection system circuit. The French nuclear safety authority, ASN, has been told.

EDF said the checks were carried out as part of Civaux’s 10-yearly inspection.

Checks on the same equipment at Civaux-2 revealed similar defects.

EDF said it will replace the affected parts on the two Civaux reactors, resulting in an extended shutdown of the two units.

The two reactors at the Chooz, in the Ardennes department of eastern France, use the same N4 Generation III technology developed by French nuclear reactor company Framatome. EDF said it was shutting down the two Chooz units as a precautionary measure while it carried out checks. Chooz B-2 was shut down on 16 December and Chooz B-1 on 18 December.

The shutdowns will result in a loss of about 1 TWh by the end of 2021, EDF said, adding that this would lead to a downward revision of its EBITDA (earnings before interest, taxes, depreciation, and amortisation) estimate to a range of €17.5 to €18bn, against the previous target of more than €17.7 bn, based on current market prices.

According to the International Atomic Energy Agency, the two Civaux plants each have a design net capacity of 1,450 MW and the two Chooz plants of 1,455 MW. 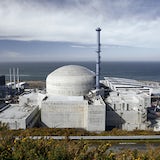 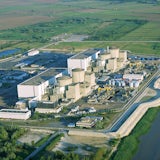 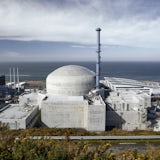