27 Nov (NucNet): The International Thermonuclear Experimental Reactor (Iter) project will be financed from within the EU’s multiannual financial framework (MFF) with the total contribution set at 2.9 billion euros (EUR) (3.9 billion US dollars) for 2014-2020, a European Commission (EC) proposal document says.

The new proposal replaces an earlier EC proposal from 2011 which would have led to the creation of a supplementary research programme for Iter and seen the project financed through a separate instrument outside the MFF with a maximum contribution from the EU of EUR 2.5 billion.

The MFF is a seven-year framework regulating Europe’s annual budget. It is laid down in a unanimously adopted Council Regulation with the consent of the European Parliament. The financial framework sets the maximum amount of spending in the EU budget each year for broad policy areas, or “headings”, and fixes an overall annual ceiling on payment and commitment appropriations.

The new proposal is in line with a European Parliament report adopted on 19 November which criticised the creation of a separate funding mechanism and recommended the integration of Iter’s financing into the MFF with the maximum contribution set at EUR 2.5 billion.

In February 2013 the European Council said Iter should fall under the MFF heading of “competitiveness for growth and employment” and proposed that the maximum EU contribution for 2014-2020 should be EUR 2.7 billion.

The new proposal also shows that the EU contribution to Iter will be gradually decreased until 2020. In 2014, the contribution will be EUR 720 million. It will rise to EUR 881 million in 2015, but will then fall progressively to EUR 125 million in 2020.

According to the EC’s budget reports, the EU contribution to Iter has already decreased by almost 20 percent from EUR 1.1 billion in 2012 to 905 million in 2013.

The new proposal also makes changes regarding protection of the EU’s financial interests, especially empowering the EC, the European Court of Auditors and the European Anti-fraud Office to carry out investigations, on-the-spot checks and inspections to determine whether there has been “fraud, corruption or any other illegal activity affecting the financial interests of the EU”.

The EC document says that financing for Iter will no longer fall under article seven of the Euratom Treaty on research and training programmes because it limits the duration of the financing to five years. It will instead be based on article 47 – dealing with EU participation in the financing of joint projects – which will allow financing periods to coincide with the seven-year MFF.

The new EC proposal is in its preparatory phase in the European Parliament. The Parliament will have to submit a “formal opinion” before the measure is formally adopted by the Council of the EU. 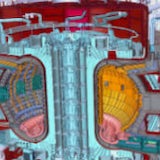