Result ‘better than our most positive expectations’
Members of the European parliament have decided to “follow the science” and support legislation which includes nuclear in the bloc’s sustainable finance taxonomy for green investment.

A nuclear industry source told NucNet: “This result is actually even better than our most positive expectations based on calculations prior to the vote. Especially given the very aggressive misinformation campaign which the opponents have been running over the last 10 days (and right up until the last minute).”

The legislation means that under certain conditions nuclear will be labelled as a “green” energy source that could contribute to Europe’s transition to climate neutrality.

The Brussels-based nuclear industry group nucleareurope said in a statement after the result was announced that the science “clearly states that nuclear is sustainable and essential in the fight against climate change”.

“It is fantastic to see that a majority in the European parliament has decided to listen to the experts and take the right decision” said Yves Desbazeille, nucleareurope’s director-general.

“We have less than 30 years left to decarbonise our economy in a sustainable way. By listening to the science, these MEPs have strengthened the EU’s chances of achieving this ambitious goal.”

Financial services commissioner Mairead McGuinness told MEPs before the plenary debate and vote on the taxonomy that “this is a moment of truth”.

She said the delegated act prioritises investments in renewable energy and energy efficiency. “And given the urgency of moving away from Russian fossil fuels, we need to ramp up those investments with a renewed sense of urgency,” she said.

Ms McGuinness said nuclear power is “divisive” and there are many different views around nuclear, it has its supporters and detractors.

But she said low-carbon nuclear is “part of our energy mix in transition” and “that is why it is in the transition category of the taxonomy”.

According to the taxonomy, nuclear can now be considered as taxonomy compliant as long as it meets several stringent conditions, including:

- The member state in which the project is located must have operational final disposal facilities for very low, low and intermediate radioactive waste;

- The member state must have plans in place for an operational disposal facility for high level radioactive waste;

- As of 2025, existing and new build projects must use accident-tolerant fuel, which has been certified and approved by the national regulator.

nucleareurope said noted that the European commission’s own scientific body, the Joint Research Centre, concluded in 2021 that nuclear is as sustainable as other power-producing technologies already considered as taxonomy-compliant, including renewables.

It said the decision places the EU on an equal footing globally. “Interest in nuclear is growing all around the world, including in the EU.” Nuclear is “a major lever” to decarbonise the European economy and the European nuclear industry has a lot of projects in the pipeline which will require significant private investment, including the extension of the existing nuclear fleet, new build projects including large reactors and small modular reactors, and the development of new European technologies such as advanced reactors. 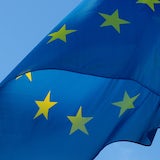 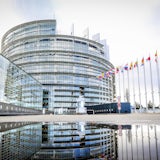 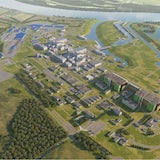