Agency head Grossi calls for ‘stepped up action’ on safety
External power was restored to Ukraine’s Zaporizhzhia nuclear power station on Thursday (24 November), a day after it lost access to offsite electricity in the latest incident highlighting continued threats from shelling to nuclear safety and security during the current armed conflict in the country, International Atomic Energy Agency director-general Rafael Grossi said.

Also on Thursday, Ukraine’s national nuclear operator Energoatom said it was “doing everything possible to restore the operation of nuclear generation as soon as possible”, after Ukraine’s three other operational nuclear power plants were also disconnected from the grid earlier this week.

Energoatom said: “Start-up operations are being carried out at the power units of the Rovno, South Ukrainian and Khmelnitski nuclear power stations. During the day, if the power system is ready… these stations will be connected to the power grid”.

Ukraine separately told the IAEA that the three stations had been relying on diesel generators for backup electricity while in shutdown mode.

Grossi said Ukraine’s nuclear industry had experienced the most extensive loss of offsite power since the conflict began nine months ago, saying this further underlined the need for stepped-up action to protect the plants and prevent the danger of a serious nuclear accident.

In the wake of recent shelling, Grossi intensified his consultations aimed at establishing a protection zone at the plant.

Earlier he said he had been in consultations with world leaders on shelling at Zaporizhzhia and was insisting that agreeing and implementing a nuclear safety and security protection zone around the facility “must happen now”. 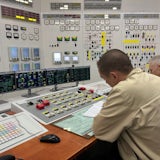 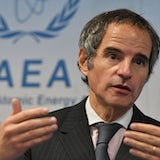 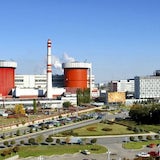