12 Nov (NucNet): Finnish nuclear waste management company Posiva has been granted a licence by the government for the construction of a final disposal facility for spent nuclear fuel at Olkiluoto on the country’s southwest coast – the first final repository in the world to enter the construction phase, Posiva announced today.

Posiva said the final disposal of spent fuel generated at the Olkiluoto and Loviisa nuclear power stations is expected to start in the early 2020s.

Posiva said the licence is recognition of “the extensive R&D work” carried out by Posiva for more than 40 years to develop a safe final disposal solution for spent nuclear fuel.

The company has been developing a solution for final disposal of spent nuclear fuel since the 1970s and has carried R&D at the Onkalo characterisation facility at Olkiluoto.

Posiva president and chief executive officer Janne Mokka called the Olkiluoto final disposal project “pioneering” and said it is important not only for Finland, but also on a global scale.

The company has estimated the total cost of final disposal is at €3bn ($3.2bn), with the long service life of the final disposal facility contributing most to that figure.

The Finnish parliament approved a decision-in-principle on the final disposal project in 2001. Posiva submitted an application for the construction licence at the end of 2012.

In February 2015, Finnish nuclear safety authority (Stuk) told the Ministry of Employment and the Economy that it was satisfied the facility could be built to be safe.

Posiva said earlier this month that it plans to offer its final disposal solution on global markets. 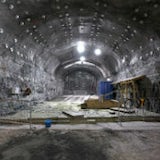