$108m project includes seawater desalination plant
First concrete has been poured for an industrial steam facility that will be built next to the Tianwan nuclear power station in Jiangsu province, eastern China.

The project is scheduled for completion at the end of 2023 and will be China’s first industrial-use nuclear energy steam supply project.

State newspaper Global Times said the project has received investment of about $108m and includes the construction of a seawater desalination factory at the coastal nuclear station.

Steam will be extracted from the secondary circuits of Tianwan-3 and -4 and after passing through multi-stage heat exchange, the heat will be transported through an above-ground pipeline to the Lianyungang Petrochemical plant for industrial production and utilisation, China Nuclear Energy Association said.

CNNC said the facility is expected to supply 4.8 million tonnes of steam annually, which will reduce the burning of coal by 400,000 tonnes per year and save the equivalent of 1.07 million tonnes of carbon dioxide emissions.

The Tianwan nuclear station has five units in commercial operation and three under construction. Unit 2 is a Russia-supplied 1,000-MW VVER V-428 plant that began operation in August 2007. 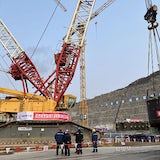 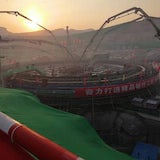 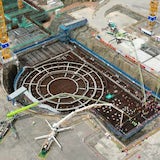