Region is home to four of country’s commercial reactors
Flanders, the most populous of three federal regions in Belgium*, is overwhelmingly supportive of the long-term operation of nuclear power in the country beyond 2025, a survey has shown.

The survey, conducted by the University of Antwerp and the Free University of Brussels (VUB) for local media, found that 81% of the Flemish would like Belgium to retain its nuclear power generation after 2025.

A similar survey last year showed that 66% of the Flemish were of the same opinion, said VRT News, which commissioned the poll with the De Standaard daily.

VRT News said the new survey was conducted among about 2,000 Flemish citizens between 14 and 31 March 2022, during the “early stages” of Russia’s invasion of Ukraine.

The survey showed support from across the political spectrum, and while right-wing and conservative voters were overwhelmingly in support of nuclear, traditionally opposed greens tipped into support levels of 52%.

VRT News said the survey came after the Belgian government had decided to approve the operation of the country’s two newest nuclear power units beyond 2025.

In early March 2022, in light of the Ukraine war and goals to reduce fossil fuel dependency, the federal government decided to take steps to extend 2 GW of nuclear capacity at Tihange-3 and Doel-4 by 10 years.

The move would require modifying a 2003 law which imposed the phaseout of all nuclear electricity generation in the country by 2025.

Another survey in March, by French-language daily Le Soir, revealed that only 9% of Belgians would support an immediate closure of commercial nuclear power in the country – a considerable swing in popular support for the power source with 15% backing a complete withdrawal from nuclear energy just three months earlier.

Belgium has a fleet of seven reactor units – four at Doel in Flanders and three at Tihange in Wallonia – which in 2021 provided 40% of the country’s electricity production, the sixth highest percentage in the world.

*The Kingdom of Belgium consists of three federal regions – Flanders in the north, Wallonia in the south, and the central Brussels capital region. About 6.6 million of Belgium’s 11.5 million people live in Flanders, making it the most populous region in the country. 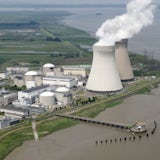 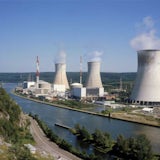 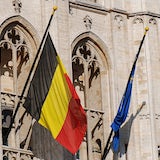