The fourth edition of the World Nuclear Exhibition (WNE) starting on 30 November in Paris Nord Villepinte, Paris, will focus on the role of the nuclear industry as a key partner in the global energy transition, contributing to “a low-carbon society in a responsible future”, the event organisers said.

WNE 2021, organised by the French nuclear industry group Gifen, will be held between 30 November and 2 December and is expected to attract 18,000 participants from 55 countries. Among those more than 600 will be exhibitors – with about a third from overseas.

“The issue of energy transition is now at the heart of political, economic and societal debates to move towards carbon neutrality in 2050”, Sylvie Bermann, WNE’s president, told NucNet.

“By choosing ‘The nuclear industry, a key player for a low-carbon society and a responsible future’ as the theme for this year’s event, we wanted to highlight the major role that the nuclear industry is playing and must continue to play in the fight against climate change,” she said.

Seventeen countries are expected to have a standing exhibitors’ pavilion at the WNE, including Belgium, Canada, South Korea, Spain, the US, the UK, France, Finland, Russia, Poland, and Romania.

Ms Bermann said the entire French “nuclear ecosystem” will be represented at the WNE from large companies to very small businesses and associations.

She said the benefits of WNE for France and the other participating countries will be “above all commercial”. “Many contracts and partnerships are signed during WNE,” she said.

Workshops are expected to provide exhibitors with opportunities to speak about their technologies in more than 70 sessions over three days, while WNE will also be a forum for many professionals and firms of the nuclear sector to develop their businesses, sign new contracts, exchange know-how, and form partnerships.

According to the organisers, considering the new context about the role of nuclear energy in the fight against climate change, there will be many discussions involving industry representatives, safety authorities, experts, civil society.

WNE will feature an SMR and advanced reactors day, which will explore themes like capital investment needs, supply chain challenges, regulation, safety, competitive advantages, and conditions for SMR integration into the energy mix.

Hydrogen and nuclear waste management will also receive special focus during the exhibition, the organisers said.

This year’s WNE will provide online tools for those who won’t be able to participate in person due to the global Covid-19 pandemic situation.

Ms Bermann told NucNet that WNE's main challenge from the outset was to give the event a business orientation in all segments of the nuclear value chain.

“Today, we can consider that this challenge has been met,” she said, and added that the event is a “privileged place” where business and the nuclear community converge to discuss “the major issues” in the nuclear sector.

“The visibility and openness of WNE, beyond the nuclear sector, are also issues for future editions in order to continue to fight against pre-conceived ideas and promote our industry”, Ms Bermann said. 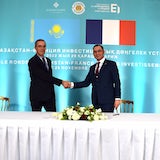 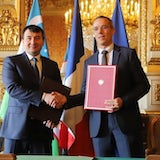 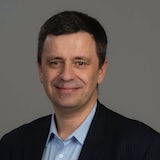