“By leveraging the competence and experience of Polish suppliers in the energy industry, EDF wants to maximise the contribution of the Polish supply chain to the success of nuclear projects based on EPR technology in Poland and Europe,” the company said in a statement.

The French company also concluded several other agreements at the Paris event.

It signed a framework agreement with Bouygues Travaux Publics for cooperation on possible EPR projects in Poland, the Czech Republic and Saudi Arabia.

In October, EDF submitted a preliminary, non-binding offer to the Polish government for the construction of four to six EPR nuclear power plants in Poland at two or three different locations.

The government has not yet announced a technology or investor tender for the project. US-based Westinghouse and South Korea have also expressed their formal interest in Warsaw’s nuclear plans.

In July 2021, EDF opened an office in Warsaw to support the preparation of a nuclear offer tailored to meet Poland’s nuclear plans. At the time the company said the move confirmed its long-term commitment to support the Polish nuclear ambition by proposing the development of four to six EPR units in the country.

In September, Westinghouse opened a global shared services centre in Krakow, where about 160 staff will work to support the company’s global operations and to provide Poland with “the best technology to support its climate change goals and secure the energy needs of its economy”.

The new centre was one of the projects agreed under a Polish-American intergovernmental agreement signed in October 2020. According to the Polish government, the agreement included areas of cooperation such as the regulatory framework, research, personnel training, development of supply chains, public awareness campaigning and cooperation on nuclear energy projects in Europe. 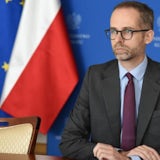 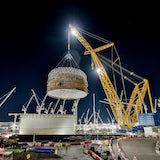