Firm running five test programmes in US and Europe
French nuclear company Framatome is running five test programmes for accident-tolerant fuel in the US and Europe and is confident that it will “only be a few years” before it is producing full reload quantities, Ala Alzaben, senior vice-president for the firm’s North America fuel business unit and commercial and customer centre told NucNet.

Last year, during a scheduled spring refuelling outage, Framatome deployed the world’s first full ATF assembly at the Calvert Cliffs nuclear station in the US state of Maryland.

This followed the launching in 2012 of the US Department of Energy ATF initiative in response to the 2011 Fukushima-Daiichi accident in Japan. The DOE set three main objectives: to develop a fuel to allow nuclear operators additional coping time during accidents; to launch and deploy lead test assemblies by 2022; and to make sure improvements do not impact the operational performance of the fuel.

Mr Alzaben said Framatome had met the DOE’s schedule and has deployed lead test assemblies in five reactors, four in the US and one in Europe.

The first full lead assembly at Calvert Cliffs was fabricated at the company’s manufacturing facility in Richland, Washington as part of a 2019 contract with Exelon Generation. It was delivered to Maryland and inserted into Calvert Cliffs-2. The assembly contains 176 chromium-coated fuel rods and chromia-enhanced pellets that improve tolerance to changes in the reactor core and are expected to reduce corrosion and hydrogen production under high-temperature conditions.

The new fuel prototype built on previous testing in the US and Switzerland through a Framatome programme which aims to deliver the first major upgrade to the industry’s fuel and cladding technologies since the 1970s.

The US DOE said Framatome is one of three US fuel vendors working with the DOE to develop new fuel and cladding mixtures that could help improve the overall economics and performance of today’s reactors.

The DOE said Framatome, Westinghouse, and General Electric are all on track to have their accident tolerant fuels ready for batch loading by the mid-2020s and with commercial widespread adoption by 2030.

In March 2021, Framatome announced it would supply ATF for the Monticello nuclear station in Minnesota – its first delivery of prototype ATF rods for a boiling water reactor.

Mr Alzaben said Framatome has three other programmes that concluded cycles of operation, both in Europe and in the US, and “we feel very confident that we have been able to demonstrate the technology and all the indications out of the testing show that it's working very well”.

He said the next phase of the company’s ATF initiative is industrialisation because “it’s easy to do one assembly, but we need to be able to load an entire reactor core sooner rather than later”.

“As soon as a customer signs a contract, we are ready to move ahead.”

One of the European reactors where Framatome’s ATF was loaded was Gösgen in Switzerland. The company is also working closely on ATF deployment with French power company and nuclear operator EDF and French Alternative Energies and Atomic Energy Commission (CEA). “We intend to bring the benefits of ATF to North America, Europe, Asia, to all of our customers,” Mr Alzaben said.

Framatome was awarded a grant under the France Relance economic recovery plan for the development of ATF fuel and its industrialisation in France, so obviously France is also interested in the technology.

Mr Alzaben said Framatome is continuing to work on licensing and is engaged in multiple commercial discussions with customers on the delivery of ATFs globally.

Both the company’s GAIA - for pressurised water reactors and ATRIUM 11 - for boiling water reactors have been fully licenced by the US and have been loaded in both Europe and in the US. Framatome said ATF features can be added to these existing fuel designs based on customer specifications.

Mr Alzaben said other nuclear fuel companies are developing ATF (the DOE says the others are Westinghouse, and General Electric), but said Framatome made a very early commitment to the programme and spends a lot of its budget on R&D. “We use our global resources, partners, and suppliers in bringing what is needed to the industry, be it on the reliability, be it on the cost and the benefits to the operation.” 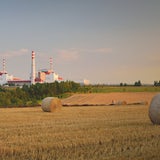 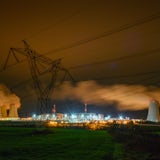