Unit 1 systems will now be gradually tested for commercial operation
First fuel loading has been completed at Unit 1 of the Barakah nuclear power station under construction in the United Arab Emirates, the Emirates Nuclear Energy Corporation (Enec) announced today.

The loading of 241 fuel assemblies at the South Korea-supplied plant – the first in the Arab world – began last month after the receipt of an operating licence from the Federal Authority for Nuclear Regulation (FANR) on 17 February.

The licence authorises the plant’s operation for 60 years. It also gave the green light for fuel loading to begin.

The fuel load was led by a team of FANR-certified fuel operators, with mostly Emirati experts who were trained in the APR-1400 reactor technology in South Korea.

Fuel for Barakah is manufactured under a 2015 contract by Korea Electric Power Corporation Nuclear Fuels, which receives enriched uranium from Urenco.

Enec said the plant is now ready for operating teams from Nawah, the operations and maintenance subsidiary of Enec and Korea Electric Power Corporation, to start operating the plant. They will begin a process known as power ascension testing, in which Unit 1 systems are gradually tested to move into full electricity production.

Once the process is completed over the course of a number of months, the plant will begin commercial operation.

The four units at Barakah will generate up to 25% of the UAE’s electricity demand, Enec said. 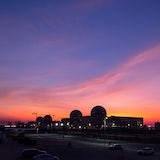 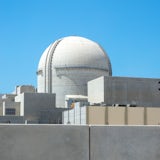 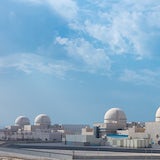