According to Southern Nuclear, during a planned maintenance and refuelling outage, operators transferred samples of the lead test rods to the onsite spent fuel pool and have completed an initial inspection of the fuel to compare it to standard zirconium rods.

The company said data from the fuel testing will be used by Southern Nuclear and GNF to help future development of accident-tolerant fuel technologies and provide information to the US Nuclear Regulatory Commission licensing review process.

According to GNF, the IronClad and ARMOR technologies are designed to provide oxidation resistance and superior material behaviour over a range of conditions compared to existing options. The ARMOR-coated zirconium cladding also provides improved protection of fuel rods against debris fretting.

General Electric, which leads the GNF joint venture with Hitachi, was awarded in 2018 a $33.7m project from the US Department of Energy to continue development of advanced nuclear fuel rod technologies that are more robust and have improved performance during normal and accident conditions, the company said yesterday.

The goal over the two-and-a-half-year project is to develop and demonstrate new fuel rods that could be commercially deployed and set new standards in nuclear plant safety.

Southern Nuclear said the nuclear industry is pursuing the licensing and full commercial deployment of accident-tolerant fuel by the mid-2020s.

GNF Delivers Accident Tolerant Fuels For Installation At US Plant 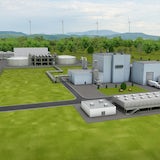 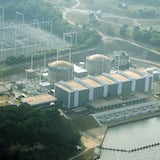