25 Apr (NucNet): The governor of Saga Prefecture in southern Japan has approved the planned restarts of the Genkai-3 and -4 nuclear power plants, the Japan Atomic Industrial Forum (Jaif) said.

The consent of governor Yoshiaki Yamaguchi was the final step in the approval process by local authorities after the mayor of the town of Genkai agreed to the restarts in March 2017.

Jaif said the restarts are expected to happen in the autumn of 2017, subject to a number of inspections by Japan’s Nuclear Regulation Authority (NRA).

In January 2017, the NRA confirmed that Genkai-3 and -4 are compatible with new regulatory standards introduced following the March 2011 Fukushima-Daiichi accident.

According to Jaif, Mr Yamaguchi agreed to restarting the two units because of concerns related to the instability of power supply from renewable sources and a positive assessment of safety improvements carried out by Genkai’s owner Kyushu Electric Power Company.

The units were never restarted following a nationwide nuclear shutdown because of the Fukushima-Daiichi accident. 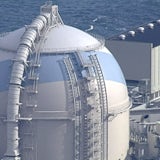