A project to build a rare earth elements mine at Kvanefjeld in the south of Greenland is going through a definitive feasibility study and environmental impact assessment, or EIA, the International Atomic Energy Agency (IAEA) said.

The mine, which could help Greenland diversify its economy, will also produce uranium for nuclear power reactors. Over the last three years the governments of Greenland and Denmark, in association with the IAEA, have worked to establish a legal and regulatory framework for the production and export of uranium from Greenland.

The IAEA has been cooperating with the authorities of Denmark and Greenland on the project and last week the agency’s director-general, Yukiya Amano, visited the site. Greenland Minerals and Energy, the company developing the mine, said Kvanefjeld is one of the world's most advanced rare earth and uranium projects with defined resources of over one billion tonnes containing 11.1 million tonnes of rare earth oxide and 593 million pounds of uranium.

The company said the next step in the project involves the social impact assessment and environmental impact assessment being accepted by the Greenland government. Greenland Minerals said it had recently begun a technical cooperative programme with its partner and 12.5% shareholder, China-based Shenghe Resources Holding Co Ltd.

The objective of both parties is to develop the Kvanefjeld rare earth and uranium project in Greenland as a cornerstone to new supply networks, Greenland Minerals said. “The relationship with Shenge is significant given its expertise in mining, beneficiation, metallurgy, separation and downstream processing and marketing.” 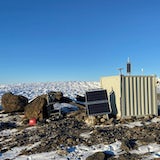 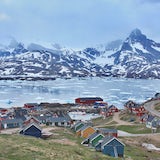