The International Atomic Energy Agency’s “historic response” to Covid-19 in 2020 saw it support 285 national laboratories in 127 countries and territories, and process 1,950 orders for RT-PCR equipment and kits, director-general Rafael Grossi said in opening remarks to the board of governors on Monday.

Member states provided extrabudgetary assistance to the value of €26.3m.

Mr Grossi said as of 2 June, 128 countries have received IAEA shipments and 274 RT-PCR units had reached the countries of their destination.

“This effort, as the pandemic itself, has not finished,” Mr Grossi said. “Countries still need help urgently. The agency continues its assistance and I invite donors to lend their generous hand to us.”

RT-PCR, or real time reverse transcription-polymerase chain reaction is a nuclear-derived technique that can be used in the detection and characterisation of viruses.

Mr Grossi also said the project to refurbish the agency’s nuclear applications laboratories at Seibersdorf in Austria has received €8.1m in funding from member states, but is still €8.9m short of the target it needs to reach by the fourth quarter of the year.

The laboratories opened in 1962, but had not undergone any renovations or received major equipment upgrades until the project began in 2014.

Mr Grossi said that at Cop26, the the climate summit to be held in Glasgow this November, he will personally reiterate the message that, without the substantial contribution of nuclear power to the global energy mix, the world will not achieve climate goals. He said nuclear must have a seat at the table when the world’s future energy and climate policies are being discussed. 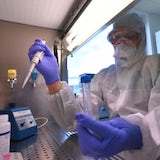 Coronavirus / IAEA Delivers Supplies To 80 Countries In Fight Against Pandemic 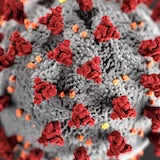