Tehran says its programme is for peaceful purposes
The International Atomic Energy Agency has struck a three-month deal with Iran giving it sufficient continued access to verify nuclear activity in the country, paving hte way for wider political and diplomatic talks between Tehran and the US.

The deal came ahead of a deadline set by Iran to stop intrusive checks of sites unless US sanctions are lifted.

Iran said it will go ahead with its threat to withdraw this week from the additional protocol, the agreement that gives inspectors from the IAEA powers of inspection.

However, following a weekend of talks with officials in Tehran, the IAEA’s director-general, Rafael Grossi, announced that he had struck what he described as “a temporary bilateral technical understanding” that will mitigate the impact of Iran’s withdrawal from the protocol, and give the IAEA confidence that it can continue to verify Iran’s nuclear activity.

Mr Grossi added that the move “salvages the situation” and avoids the position of the inspectors “flying blind”. He said the agreement, from which either side can withdraw, gave space for wider diplomatic discussions between the US and Iran to go ahead.

He said the law suspending Iran from the additional protocol had been passed by its parliament and now “exists and is going to be applied. There is less access, let’s face it.”

Tensions have increased since the US left a nuclear deal with Iran in 2018. Then-president Donald Trump reimposed crippling economic sanctions to force Iran to renegotiate the accord. Iran refused and retaliated by rolling back a number of key commitments.

The crisis over Iran's nuclear programme has been on the international agenda for almost 20 years. Iran says the programme is for peaceful purposes, while the US and others suspect Iran has ambitions to develop nuclear weapons.

Iran has one commercial nuclear power plant in operation at Bushehr and another under construction at the same site. Both units are supplied by Russia.

In January, Iran announced it had begun preliminary site work for a third unit at Bushehr, although this has not been officially confirmed by the IAEA. 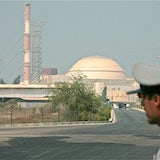 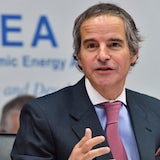