An International Atomic Energy Agency (IAEA) team of experts has completed a nuclear security advisory mission in Belarus, saying the country has demonstrated its strong commitment and continuous efforts to improve its national nuclear security regime.

The scope of the two-week International Physical Protection Advisory Service (IPPAS) mission, carried out at the request of Belarus’ government, was to review the national security regime for nuclear material and associated facilities and activities. It included a review of physical protection measures at Belarus’ first commercial nuclear power plant, Belarus-1, at the Ostrovets site, security aspects related to the transport of nuclear material, and to computer security in nuclear facilities.

The mission was the third IPPAS mission hosted by Belarus, following two which took place in 2000 and 2009.

There are two Russia-supplied Generation III VVER-1200/V-491 pressurised water reactor units at the Belarusian site, near the town of Ostrovets, 50 km east of the Lithuanian capital Vilnius and near Poland, Latvia and Estonia. Construction of the first began in November 2013 and of the second in April 2014. Unit 1 has begun commercial operation with Unit 2 to follow likely next year.

The cost of the two units, largely funded by a loan from Russia, has been reported as $11bn (€9bn).

Three Baltic States and EU members Estonia, Latvia and Lithuania have expressed concerns, as has the EU itself, about safety at the nuclear station. Russia’s state nuclear corporation, Rosatom, which is building the facility, has rejected claims the facility is unsafe, saying the design conforms to the highest international standards. 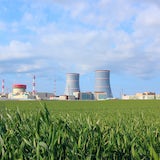 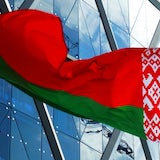 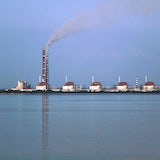