Plant scheduled for full operation in 2023
Kazakhstan has restarted its IVG.1M research reactor at the energy ministry’s National Nuclear Centre (NNC) near Kurchatov in the northeast of the country after it was adapted to use low-enriched uranium (LEU) fuel.

Like many other research reactors, IVG.1M originally used highly enriched uranium (HEU), which is considered a proliferation risk.

NNC said in a statement that in 2010 it began a project to convert the IVG.1M – which first operated in 1972 – to LEU. The goal was to reduce the enrichment level of the fuel to below 20% in accordance with International Atomic Energy Agency requirements, while “maintaining and improving” its characteristics.

Since 1978, international agreements supported by the IAEA have been signed by various countries operating research reactors to convert them to LEU fuel. In the early 2000s, Kazakhstan became one of these countries.

Once the IVG.1M reactor’s startup process is complete and testing has verified the characteristics of the new core, the plant will resume full operation, scheduled for 2023.

According to the IAEA, the IVG.1M has been mostly used for fuel and material testing. It is a high-temperature, gas, modernised thermal neutron reactor with a light-water moderator and coolant and with a beryllium neutron reflector. 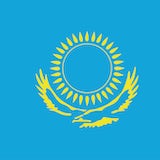 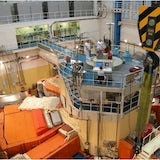 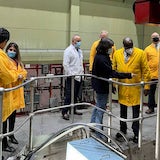