The project means Japan has joined a number of countries in the race to generate green hydrogen from a nuclear reactor – an achievement that could produce large quantities of low-carbon energy for industry, transport and home heating.

A number of initiatives have begun in different countries to transmit electricity produced by a nuclear plant – or another low-carbon energy facility such as solar – to electrolysers, which would produce green hydrogen.

The technology is reasonably mature, but remains expensive. Proponents say it can be commercialised for large-scale consumer use – possibly within years – to help bring about the transition to a zero-carbon hydrogen-based economy without the need for fossil fuels.

JAEA and MHI have been commissioned to set up the project by the Ministry of Economy, Trade and Industry’s Agency for Natural Resources and Energy (ANRE) as part of Japan's efforts to attain carbon neutrality in 2050.

ANRE launched a tender in February for a demonstration project for the use of the HTTR for the mass production of hydrogen. JAEA, which operates the HTTR, chose MHI, which is conducting technical studies on hydrogen production using nuclear reactors, as the main contractor for the project.

The 30-MW HTTR is a graphite-moderated gas-cooled research reactor. It achieved first criticality in 1998, but reached its design thermal output of 950℃ in 2004.

It was restarted in July 2021 after the Nuclear Regulatory Authority said it was compatible with new regulatory standards introduced after the 2011 Fukushima-Daiichi accident. The HTTR was shut down following the accident along with other Japanese reactors.

JAEA said the heat produced by the HTTR has applications for a range of purposes, including power generation, fuel performance and the desalination of seawater. “Furthermore, the demonstration plan of hydrogen production by the HTTR is under discussion,” it said last year.

According to the International Energy Agency, around 12 demonstration hydrogen projects with a combined electrolyser capacity of 250 MW are exploring using nuclear power for hydrogen production. These projects are in Canada, China, Russia, the UK and the US, but the IEA said that not all will be realised. 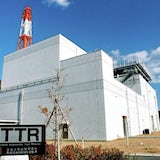 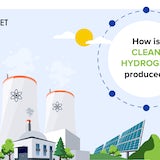 Explainer / Nuclear Power Plants And The Production Of ‘Green Hydrogen’ 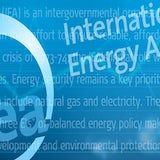