Utility Fortum considering options for future of two-unit station
An environmental impact assessment (EIA) that assesses the impact of continuing the operation of Finland’s Loviisa nuclear power station by up to 20 years, or alternatively, decommissioning the plant when the current operating licences expire, meets legal requirements, the country’s Ministry of Economic Affairs and Employment announced.

The two options for the future of Loviisa, which has two Russian 507-MW VVER reactor units, had no environmental impacts that could not be “accepted, prevented or mitigated to an acceptable level”, the ministry said. It said the most significant effect of the nuclear power station during normal operation is the thermal load of cooling water in the nearby sea.

The ministry added that any environmental assessment of the Loviisa plants must take into account the facility’s importance for meeting Finland’s energy needs and its economic role, which the ministry said were both significant nationally.

The EIA was submitted to the ministry last year by Loviisa’s owner and operator, the Finnish utility Fortum.

At the time, Fortum said the EIA also detailed the environmental impact of a final disposal facility for low- and intermediate-level waste.

“From an environmental impact perspective, all the assessed alternatives can be implemented”, a spokesman for Loviisa said. “The assessment results provide a good basis for continuing Fortum’s internal preparations towards the decision-making regarding Loviisa’s future.”

When the EIA process began in August 2020 Fortum said it would take about 18 months to complete and help collect data for a possible new operating licence application.

The ministry said it would submit its conclusions to the Ministry of the Environment, which in turn will forward it to other countries participating in the United Nations’ Espoo Convention procedure. The Espoo Convention is designed to ensure international cooperation in assessing and managing the environmental impact of projects and activities. 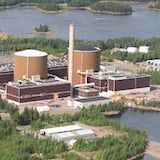 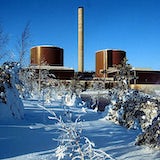 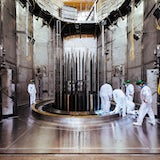