Government wants reactors to replace baseload supply provided by coal plants
South Africa’s ministry of mineral resources and energy is aiming to complete the procurement of a 2,500 MW nuclear new-build project by the end of 2024, minister Gwede Mantashe was quoted by local media as saying.

Mr Gwede Mantashe told parliament during a debate on the ministry’s budget that funding is needed to finalise the request for proposals for new nuclear.

According to an August 2021 decision by the South African energy regulator Nersa, the ministry of mineral resources and energy was given the green light to work towards deploying new nuclear capacities to partially replace coal-fired generation to be retired in the 2030s.

In 2018 plans to expand nuclear capacity by building up to 9,600 MW of new plants were put on hold with nuclear excluded from an integrated resource plan because the government saw electricity generation from other sources as cheaper and because there was a lower demand for electricity than forecast in an earlier plan in 2010.

In October 2019, South Africa published a final energy plan that called for the construction of two 500-MW units, while in May 2020, the government unveiled plans for 2,500 MW of new build instead. Two sites are being considered – Thyspunt in the Eastern Cape and Duynefontein to the north of the existing Koeberg site.

Nuclear operator Eskom is in parallel planning to extend operation of its two Koeberg units by 20 years beyond 2024 and 2025 until 2045 for a total operational lifetime of 60 years each.

Minister Gwede Manatashe said oversight will be exercised over Eskom on the implementation of the Koeberg long term operation programme to ensure the country’s security of energy supply for an additional 20 years.

Earlier this month Eskom said it is planning to submit the required documentation to the national regulator for long term operation at Koeberg by June 2022. The company said it had been “consistently working” with the regulator and is aware what is required to meet regulations. 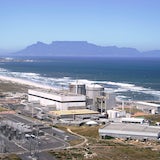 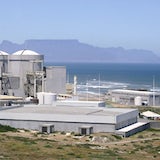 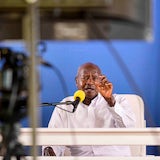