Commonwealth Fusion Systems, a Massachusetts-based nuclear fusion startup, has raised more than $1.8bn in the largest private investment ever in the industry.

Investors in the latest funding round include Microsoft co-founder Bill Gates and George Soros via his Soros Fund Management, the Wall Street Journal reported.

CFS has raised more than $2bn in funding since it was founded in 2018.

It said the latest round of funding includes capital to build, commission, and operate Sparc, the world’s first “commercially relevant” net energy fusion machine. In addition, it will enable the company to begin work on Arc, the first commercial fusion power plant. This work will include developing support technologies, advancing the design, identifying the site, and finding partners and customers for the plant.

The company is collaborating with the Massachusetts Institute of Technology, to use decades of research combined with new high-temperature superconducting (HTS) magnet technology.

CFS said HTS magnets will enable compact fusion power plants that can be constructed faster and at lower cost.

In 2020 CFS published a series of peer-reviewed publications in the Journal of Plasma Physics that verified Sparc will achieve net energy from fusion.

Net energy means the plasma generates more fusion power than used to start and sustain the process, the requirement for a fusion power plant. Sparc is planned to be the first compact fusion system capable of delivering net energy gain, generating 50 MW from a 25 MW input.

Earlier this year CFS, which is a spinoff from MIT, started construction at MIT of the Sparc building, a manufacturing facility and company headquarters.

The company is aiming for Sparc to produce commercially relevant net energy from fusion by 2025 with the first Arc fusion plant completed in the early 2030s. 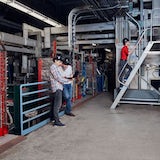 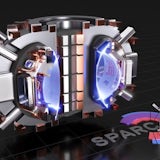 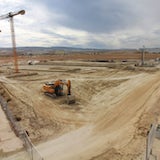