Electrabel used an ultrasonic inspection technique originally designed for the control of welding and cladding of the RPVs. The company proved it could be used to detect the flaws in the walls of the RPV.

However, the company found that to ensure all flaws were detected and measured the procedure had to be modified by lowering the probes’ detection thresholds. It was this modification that led to the discovery of more flaws than during previous rounds of testing.

Jan Bens, director of Fanc, told Belgian media that the newly discovered flaws are not new, but were not identified before. “The scans previously made are being re-interpreted using more stringent methods,” Mr Beens said.

Electrabel is also continuing its research into the properties of the material from which the RPVs are made and interpretation of unexpected results of previous fracture toughness tests which led to the shutdown of the two units in March 2014.

The company is carrying out a fourth round of testing on sample materials with hydrogen flaws from France and Germany at the BR-2 research reactor in Mol. The results of this testing are expected in April 2015. Fanc said that once the results are known it will organise a meeting to obtain advice on the results and on new data provided by Electrabel.

Doel-3 and Tihange-2 were both shut down in the summer of 2012 after hydrogen-induced flaws were first discovered on their RPVs.

Fanc said Electrabel had to submit a safety case to justify the restart of both reactors. Electrabel had to demonstrate “specifically and convincingly” that the flaw indications in the walls of the RPVs do not compromise structural integrity.

In June 2013, Fanc said the units could be safely restarted, but also imposed conditions for further testing of the RPVs. One of those conditions was for further ultrasonic inspection, which has now led to the discovery of the additional flaws. 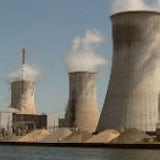