Each contract is worth approximately $5m and will last one year.

All three studies are focused on developing a design for a reactor that would be part of a future NTP system. That reactor would heat up a propellant such as liquid hydrogen, generating thrust at far higher efficiencies than conventional propulsion systems and enabling shorter transit times for missions to Mars.

Under the study contracts, each team will mature their reactor designs to “30% fidelity” of the final design, demonstrating that it is feasible and estimating the cost and schedule to build a prototype reactor. They will also develop fundamental operating and performance requirements for the overall NTP engine and its subsystems.

NASA is working with the Department of Energy’s Idaho National Laboratory on the contracts. The INL will conduct design reviews of each team’s reactor concepts at the end of the study period.

NASA said nuclear propulsion provides greater propellant efficiency as compared with chemical rockets. “It’s a potential technology for crew and cargo missions to Mars and science missions to the outer solar system, enabling faster and more robust missions in many cases,” it said.

NASA is also working on a fission surface power system for use on the Moon and Mars. NASA intends to partner with the DOE and INL to release a request for proposals that asks industry for preliminary designs of a 10-kw class system that NASA could demonstrate on the lunar surface.

A small, lightweight fission surface power system could provide up to 10 kw of electrical power – enough to run several average households – continuously for at least 10 years. Four 10-kw units could provide enough juice to power operations on the Moon and Mars. 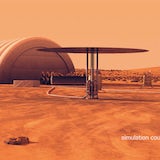 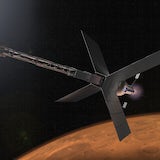 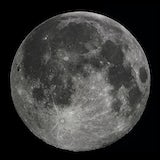 Nuclear In Space / Nasa Seeks Proposals For Reactors On The Moon