The US Nuclear Regulatory Commission has approved an application by Dominion Energy Virginia for a 20-year extension to the operating licences of the twin-unit Surry nuclear power plant, allowing the two pressurised water reactors to operate for 80 years until 2052 and 2053 respectively.

Surry-1 began commercial operation in 1972 and Surry-2 in 1973 and were originally licensed to operate for 40 years. The units’ licences were renewed for 20 additional years of operation in March 2003.

The NRC has now determined that both plants can operate for an additional 20 years beyond the 60 years covered by the initial and renewed licences.

The NRC has documented its findings in a March 2020 final safety evaluation report and an April 2020 final supplemental environmental impact statement. The NRC advisory committee on reactor safeguards also reviewed the safety aspects of renewing the licences. The committee said plans made by Dominion to manage age-related degradation provide “reasonable assurance” that Surry can be operated in accordance with its current licensing basis for the subsequent period of extended operation “without undue risk to the health and safety of the public”.

The NRC is in the process of reviewing an application filed last year by Dominion for a subsequent licence renewal for its two North Anna units, also in Virginia. Surry and North Anna between them represent 92% of the carbon-free electricity generation in Virginia, the company said.

The two Surry units are the fifth and sixth reactors to receive a subsequent licence renewal from the NRC, following Florida Power & Light’s Turkey Point-3 and -4 and Exelon Generation’s Peach Bottom-2 and -3. 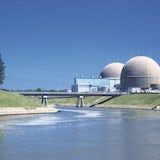 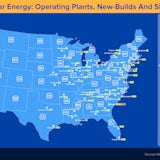