A UK nuclear technology company says it has has teamed up with the Japanese Atomic Energy Agency to develop plans for advanced nuclear technology that could be operational in Britain by 2029 with 20 units following every year from early 2030s.

Candida Whitmill, managing director Newcastle-based Penultimate Power said the Generation IV high temperature gas-cooled reactor (EH HGTR) it is developing with the JAEA is aimed at industrial clusters. Penultimate Power claims the first unit will cost in the region of £100m, with reductions for future units.

The UK recently opened up its nuclear generic design assessment to advanced nuclear technologies. Penultimate Power is aiming to be the first to register with the new licencing regime with the EH HTGR.

Penultimate Power says it is a privately funded company working with the UK supply chain and public nuclear organisations to deliver affordable carbon-free heat and power. In 2016, Ms Whitmill told a local newspaper that Penultimate Power has the expertise in its advisory board to work effectively with an overseas partner in navigating the rigorous UK licensing regime.

In a 2019 presentation on HTGR cooperation between the UK and Japan, she said a large percentage of the plant and components could be built with the UK supply chain, taking advantage of advanced manufacturing and engineering facilities across the “Northern Powerhouse” region, from Newcastle to North Wales.

She said the plant would need to be inherently safe, not just probabilistically safe and designed in such a way as to eliminate accidents occurring, rather than coping with the consequences.

HTGRs use uranium fuel, a graphite moderator and helium gas as a coolant. Several attempts have been made to build reactors of this type, but none has so far entered commercial service.

In Japan, JAEA began research and development of HTGRs in 1969. The high-temperature test reactor (HTTR) to the north of Tokyo in Oarai, Ibaraki Prefecture, is a small prototype HTGR. The plant achieved first criticality in November 1998. 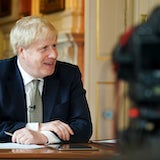 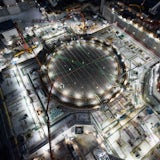 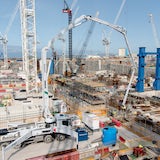