Industry group and IEA have warned of supply problems as reactors are shut down
The single-unit Mühleberg nuclear power plant in Switzerland ended generation after 47 years in operation on 20 December 2019, utility BKW confirmed.

The company said work on dismantling the 373-MW boiling water reactor unit will begin on 6 January 2020. It will be the first decommissioning of a commercial power reactor in Switzerland.

Since its commissioning on 6 November 1972, the plant has generated about 130 billion kW hours of electricity, which would cover the current consumption of a city such as Bern for more than 100 years.

Plant availability of more than 90% has enabled this, through continual investment by BKW in retrofitting and plant safety, BKW said. “This means that Mühleberg faces deactivation at its highest technological peak.”

The company said financing for the decommissioning and disposal of radioactive waste is in place. BKW will cover the costs, estimated at about 3 billion Swiss francs (€2.7bn, $3bn), in their entirety.

In May 2017 Switzerland voted to start phasing out nuclear power, which provides around one-third of its electricity – 45% in winter when hydro reservoirs run low – as part of a 2014 energy policy which will also cut consumption and increase wind and solar power generation.

The policy, which is revised every five years, includes plans to decommission Switzerland’s fleet of five commercial reactors – now down to four with the closure of Mühleberg – as they reach the end of their operational lifespans.

Opponents to the nuclear phaseout have warned, however, that the government’s plans to push renewables and energy savings are costly, pose risks to energy security and will not be environmentally friendly.

The Swiss Nuclear Forum said Mühleberg’s closure means the country has lost 5% of its electricity output. BKW said the deactivation of Mühleberg will reduce the utility’s electricity production by a quarter, and by half in the canton of Bern.

The forum said the need to replace the lost capacity is not “excessive”, but the closure and the loss of generation does provide a foretaste of potential supply problems when all nuclear plants are shut down.

“Security of supply will then depend on electricity imports or the construction of gas power plants,” the forum said.

“Meanwhile, nuclear power plants of the latest design are being built worldwide and various countries are starting to use climate-friendly nuclear energy.”

An October 2018 report by the International Energy Agency has already warned that Switzerland’s nuclear phaseout will create an energy gap of at least 20 TWh a year that will need to be replaced with other generation technologies, possibly including new fossil fuel capacity. 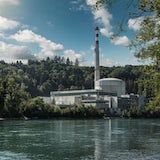 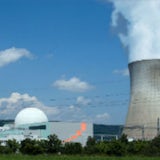 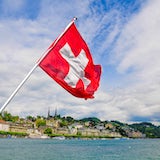