Under its agreements with NuScale and Fluor, Samsung C&T will draw upon its nuclear construction experience with the Barakah nuclear station in the United Arab Emirates and the Uljin station in South Korea, where it worked on Units 5 and 6, to serve as a partner to Fluor and other potential project participants.

John Hopkins, NuScale Power chairman and chief executive officer, said Samsung C&T’s expertise and investment in NuScale will be invaluable “as we seek to bring this revolutionary clean energy technology to market”.

Earlier this month, South Korea’s Doosan Heavy Industries and Construction signed an agreement with NuScale Power to invest an additional $60m to continue to support deployment of NuScale’s SMR. The investment followed a $44m investment in NuScale Power in 2019 for a total investment of $104m. IHI Corporation of Japan is also investing $20m into NuScale.

In August 2020, NuScale made history as the first and only SMR to receive design approval from the US Nuclear Regulatory Commission.

The first project NuScale Power project is expected to be the development and construction of NuScale SMRs at the Department of Energy’s 2,300 sq km site in eastern Idaho that includes the Idaho National Laboratory.

Utah Associated Municipal Power Systems (UAMPS), the Utah cooperative for which the plants are being built, is scheduled to submit a construction licence application in 2023, and is aiming to start commercial operation of the first module in 2029.

NuScale’s SMR has a maximum of 12 modules of 77 MW each. After building its first unit in the US, NuScale Power plans to sell the technology in North America, Europe and Asia. 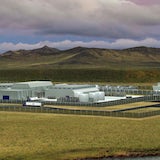 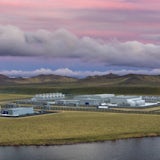