NuScale said in a statement that the transaction is scheduled for completion on 2 May 2022 after which the new company will begin trading on the New York stock exchange under the ticker SMR and SMR WS.

The merger is being handled through a Spac, or special purpose acquisition company, in this case the Dallas-based Spring Valley Acquisition Corp. This type of merger typically requires minimum cash proceeds to the company that will assume the public listing. Those proceeds can be a combination of private investment (known as Pipe, for private investment in public equity) and money invested in the publicly traded Spac.

According to NuScale, the merger is expected to raise approximately $380m (€360m) from a combination of Spring Valley’s trust proceeds and Pipe commitments.

In December 2021, NuScale said the purpose of the merger was to create “a first-of-its-kind energy company poised to power the global energy transition by delivering safe, scalable and reliable carbon-free nuclear power.” The terms of the merger estimated the new company’s pro-forma value at about $1.9bn at the time.

NuScale said at the time it expected to generate about $413m in cash proceeds from going public and use the funds towards the commercialisation of its Voygr small modular reactor (SMR) power plant designs. The company expects to be cash flow positive by 2024.

In December 2021, NuScale also announced the rebranding of its SMR portfolio and introduced the official Voygr name. The flagship project will be the Voygr-12 scalable power plant design, which can accommodate up to 12 power modules, resulting in a total gross output of 924 MW.

The company said it can deliver the first Voygr power plant to a customer as soon as 2027, subject to customer needs and supported by its established supply chain partners. 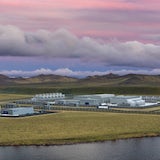 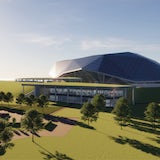 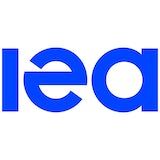