Canada / NWMO On Schedule To Choose Repository Site In 2023

Canada’s Nuclear Waste Management Organisation is on schedule to choose a single, preferred site for a deep geologic spent nuclear fuel repository in 2023, despite schedules being affected by the Covid-19 pandemic.

The NWMO said in a new five-year plan that detailed site characterisation is on track to begin as planned in 2024 with a construction licence submitted to the regulator in 2029. The licence could be granted in 2032 with design and construction beginning in 2033. Operation of the facility is estimated to begin from 2040-2045.

The NWMO has been engaged in a process to identify a site that will safely contain and isolate Canada’s used nuclear fuel in a deep geological repository.

It began the site selection process in 2010 and over the next two years, 22 municipalities and Indigenous communities expressed interest in learning more and exploring their potential to host the project.

Over time, the NWMO gradually narrowed its focus and in January 2020 announced that two potential sites – one near Ignace in northern Ontario and one in South Bruce in southwestern Ontario – remain in the site selection process. 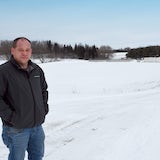 Canada To Focus On Fewer Areas For Nuclear Waste Repository 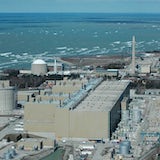