Government is still looking for a partner for the project
Lower demand for electricity and a fall in the value of the Brazilian real during the coronavirus crisis will push completion of Brazil’s third commercial nuclear power plant west of Rio de Janiero into 2027, the head of state-run nuclear power company Eletronuclear told Reuters.

Construction of the 1,245-MW Siemens/KWU pressurised water reactor unit began in 1984 but was halted in 1986 because of a lack of financing. In 2010, a construction permit was reissued by the authorities, but the project was suspended again in 2015 because of financing concerns and corruption investigation proceedings.

According to Brazilian nuclear operator Eletrobras Eletronuclear, almost 47% of civil work at the site had been completed in 2014.

So far, 9 billion reals ($1.6 billion) have been spent on the project, Reuters reported.

“It is a small delay we are talking about, from November 2026 to the next year,” Mr Guimaraes said.

Volatility of the real, which has weakened by 28% against the dollar this year, is another uncertainty.

But Mr Guimaraes said the currency impact will be relatively small because only 35% of the 14.5 billion reals of investment needed to finish the plant will be paid in foreign currency, in euros, for the Framatome technology, majority owned by France’s state-owned utility EDF. 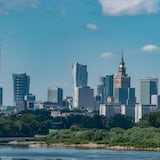 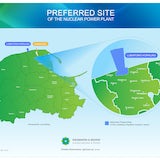